I had an exciting morning today… After going to bed at about 8AM (and dozing off shortly thereafter), I awoke after awhile feeling dizzy. It was slightly akin to the kind of feeling you get when you’ve had just a little too much to drink (or insert other hallucinogenic substance here); twas not a good feeling, it felt like the whole room was moving. I then heard splashing noises coming from my aquarium, which I figured were just my fish going ape (likely also from some hallucinogenic substance)… which upon checking, they were not; however, the water was splashing around. Then it hit me that my room was bloody moving and I wasn’t tripping…

After spending some hours outside my place at a nearby kopitiam (which was by the way filled with various other residents of my condominium), a friend of mine who had brought down his laptop had gathered a small crowd around him… essentially, the link above. Well, I’m back home now and nothing is moving… therefore I assume the best, but prepare for the worst. On Monday I shall go forth and find out about property insurance (bless my servers and various toys).

EDIT: R.I.P. Apparently the quake caused tidal waves that hit pretty bad along the western coast of Malaysia, not to mention the rest of the coast surrounding the Bay of Bengal.

EDIT: EDIT: Added a picture from the morning of the quake when everyone decided to run out the building in blind fear. 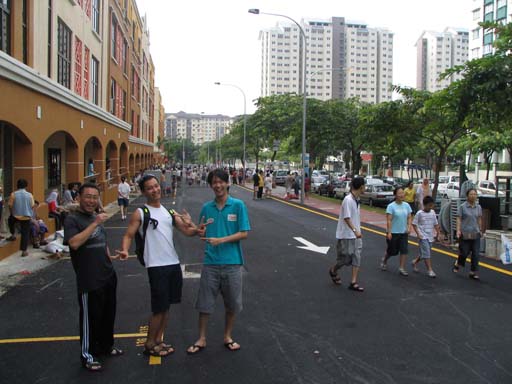 One thought on “Whoa…”